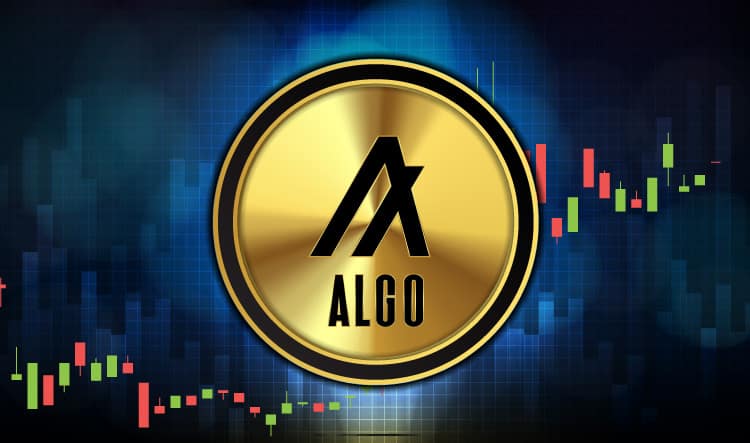 Algorand is a creation of Turing award-winning MIT professor Sylvio Micali. The design for the Algorand blockchain protocol was proposed by Micali to address the issues of the scalability, transaction speed, and gas fees of the existing blockchain networks. This new protocol brings smart contracts and proof-of-stake algorithms together to bring an efficient environment for transactions. Reportedly, the Algorand blockchain would soon be able to surpass the per-second transaction speed of the finance giant Visa. Moreover, the transactions are classified based on their nature on this blockchain to avoid chaotic operations and unnecessary traffic.

Based on the coin’s performance in the last five days, InvestorsObservor gave a neutral score to the ALGO token. The score measured the price movements and the volume to arrive at this conclusion. A sentiment score is an effective way to get some insight into how the coin might perform in the future. This is a data-driven process that defines the market at a particular time to make short-term or long-term investments.

ALGO is the native coin and the governance token of this visionary protocol. The project recently caught the eyes of the investors for the sentiment score the token received based on its performances lately. As per the sentiment score by InvestorsObservor, the coin has been indifferent to any of the great fluctuations in the market. However, it was able to keep a consistent growth rate of 2.09% and conveniently reached 1.41 dollars. Algorand pulled off such a feat while the whole market was experiencing a 0.67% fall.

The coin currently lurks in a middle point between the resistance and support limits. The current value of Algorand is more than 6% lower than its high point in the last five days and nearly 5% higher than the lowest point. Support and resistance for the coin are set at $1.35 and $1.45, respectively. From its current value of $1.41, the investors might soon be forced to sell no matter the direction in which it moves. It is worth noting that Algorand’s current volume has gone below the average volume of the past seven days.

The value of Algorand cannot be understated, especially in the years to come. Naturally, the existing blockchains would have to make formative changes to accommodate the increasing traffic on the blockchains. As Algorand is already on this very path, it could potentially expand the market exponentially. The Algorand prediction distinguishes between two phases in the future; while the coin is expected to post a growth of 300% by 2026, it would increase by several thousand times in the next five years. Visit CryptoNewsZ to know more about the future of Algorand.