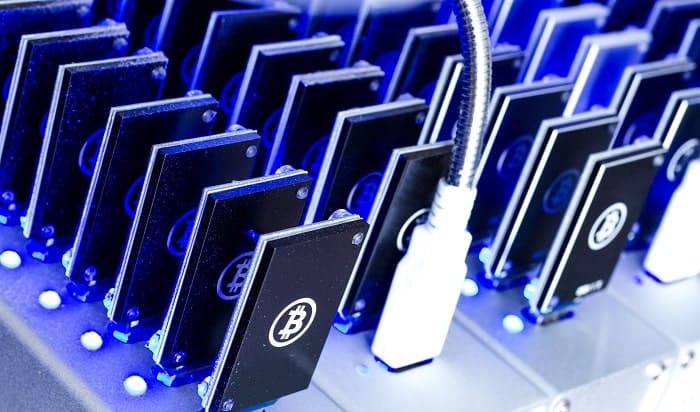 Bitcoin Miner Stole NT$100 Million Worth Electricity to Mine Bitcoins

A man in China found an innovative way to earn quick bucks by mining cryptocurrency using stolen electricity. The man named Yang used fake storefronts to steal electricity for an alternative mining shop, reported EBC News.
The scammer would normally rent a store on the first floor of a building, usually a doll shop or an internet cafe. Electric wires from the storefront were secretly connected to an upstairs mining area. He used up free electricity worth at least NT$100 million, reportedly, in electricity to rake in profits worth 100 million Yuan. The electricity meters were hacked so that he won’t be charged for the same. The authorities also found out that Yang had more than 15 such stores in North Taiwan. All the stores were using the same methods to steal power to mine for the cryptocurrency, the report claimed.
The main suspect usually hired an engineer to set up a crypto mining store in the top. Plumbers were called in to steal the power lines of the Internet cafe or doll machine shop to the computer room upstairs.
The criminal activity was discovered by Taiwan’s state-owned electricity company, Taiwan Power. Power supply became erratic and unstable which grabbed the attention of the company and caused them to investigate one of Yang’s fake doll shops. Investigators also suspect another accomplice with Yang.
“Employees who were electricians in the group would destroy the seal form in the meter and then add private transfer line to the same, using electricity for free,” said Wang Zhicheng, deputy head of the Fourth Brigade of the Criminal Bureau.
“Because the mining machine needs 24 hours to operate without interruption. The whole process was consuming an enormous amount of energy and in a very efficient manner,” commented Huang Xiangwei, the police officer of the Criminal Bureau’s R&D department. A case of robbery, fraud and organized crime has been registered against the Bitcoin miner.
This is not the first such case to surface in China. CryptoMining using stolen electricity is a very common problem in the country. Mining cases are quite recurring despite the government’s repeated crackdowns on the cryptocurrency industry. In Xinbei, Taoyuan, Hsinchu and other places, the same methods were employed to steal electricity. In another report in April 2018, Chinese police in the port city of Tianjin confiscated 600 bitcoin mining computers in the largest case of power theft in recent years.