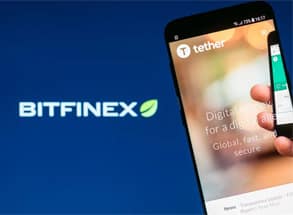 Bitfinex is one of the leading cryptocurrency exchanges that has been associated with Tether, which is a stablecoin backed by the US Dollar on a one to one basis. Letitia James, the Attorney general of New York, accused Tether of covering the cryptocurrency losses of Bitfinex (by minting their cryptocurrency) that amounted to $900 million. In response to this litigation, Bitfinex had urged an appeal motion to the New York court and was granted a stay order subsequently.

This stay order from the court means that Bitfinex will not have to produce all documents to prove their relationship with Tether. However, the need to produce legal documents may arise in the future and Bitfinex should be ready with all the documents to be produced in the court. As of now, Bitfinex along with its parent company, iFinex, can keep the records out of court until an appeal to dismiss the entire case has been reached.

Until now, there is no clear-cut decision announced on behalf of the New York Court and case may continue till the end of next year. Or it may even take longer than that if there is no concrete decision announced by the court. Bitfinex and Tether are ordered to produce more documents by November 4, in support of their appeal motion to dismiss the entire case. If they fail to do so, the case will continue until the court receives appropriate documents from Tether and Bitfinex.

The stay order from the court appears to be a setback for the attorney general’s decision to investigate into the matter against Bitfinex and Tether. As the attorney general is making all arrangements for a thorough investigation of the case.  However, this case is setting examples to thousands of other crypto cases and thus the industry players are keeping a close watch on this case.

Amidst all these hassles, system promotion of Bitfinex is getting lingered. But finally, Bitfinex has announced to do a system promotion on December 19, and so it has notified its customers to bear with the delay that may take 8 hours. The system promotion is likely to improve the safety and reliability by transferring information to the bare metal servers.