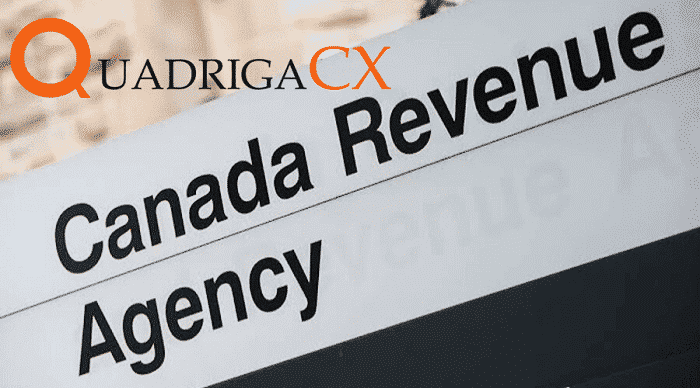 Canada Revenue Agency (CRA), the country’s tax authority, is going through the tax return documents of the QuadrigaCX. It is a part of the investigation, various regulatory authorities doing on QuadrigaCX.

Canada’s tax authority has requested QuadrigaCX to provide the documents of all the tax returns from Oct. 1, 2015, to Sept. 30, 2018. The company started as a local trading online exchange platform in 2013. It remarked as the largest Canadian cryptocurrency exchange at that time, though the company soon ran into accounting problems. The sudden increase in Bitcoin transactions was faced by the exchange due to the increasing hype of Bitcoin in 2017.

The company failed to cope up with the rapid increase in cash flow and start facing accounting problems. Bitcoin prices were slashed, and the exchange was failed to pay back the deposit of its users. According to the reports, it was a loss of more than $850 million, and no one found out what exchange did with the deposits of their users. The investigation is still going on, and this time CRA is leading the inquiry. QuadrigaCX is no longer in operation, and various regulators are still investigating the case.

Apart from that, the Canadian exchange is already in the headline, since the last year. The suspicious death of its CEO Gerald Cotten in India left not just his wife, but all the traders in the loss. Cotten was declared dead, and no one knows the information that is needed to access the company’s account, leaving QuadrigaCX unaccessible the company’s cryptocurrency reserves.

That made regulatory watchdogs active, and thus, the investigation begins. Last month, a couple of regulators started their independent inquiry, looking into the matter, trying to find what would have gone wrong. Everyone who is wondering where all the money went might get an answer soon.