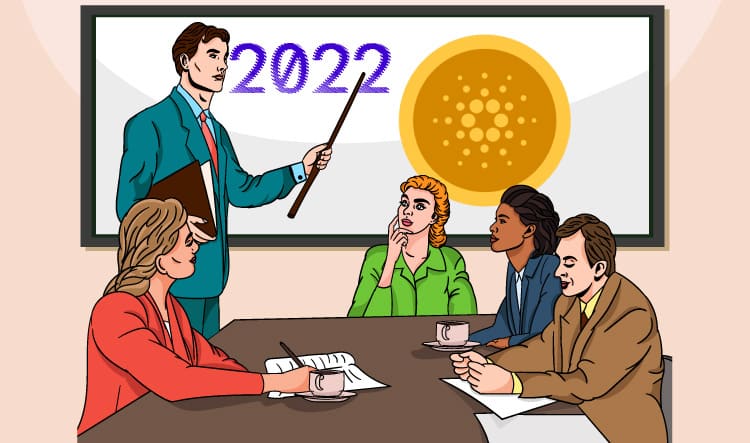 Cryptocurrency has not shown a positive sign during the end of 2021. The year 2022 started with a red mark.

However, recent days have turned out to be good for the market. Every major Cryptocurrency is witnessing a rise. The pace is slow, but the rise is worth it to relax investors. One specific Cryptocurrency that is catching global attention is Cardano.

Questions about the rise and decline of Cryptocurrencies prevail, but the upward graph in recent days has given some hope.

The market still has USD Coin in the red mark. Some breathing space is that almost every major Cryptocurrency has started to rise.

Bitcoin witnessed a fall in its market capitalization in the value of thousands of dollars. With Bitcoin, many others followed the trend. This changed in recent days when the overall market value started to rise in bits and pieces.

The rising speed is slow, but the fact that there is a rise in the Crypto market is a positive sign.

Cardano has emerged as the most highlighted Cryptocurrency in the market. It was even termed breakout crypto in the previous year.

What makes Cardano stand out in the market is its offering of utility and functions. Both the points complement its nature of being a proof-of-stake blockchain network. Additionally, Cardano is attracting many projects through its functionality of smart contracts.

The partnership of Cardano with Samsung, a piece of news that broke out last week, brought the platform under the limelight. Having one of the most successful brands as a partner does serve benefits, after all.

Based on the trend, Cardano has risen 10% in the past couple of days. The rise is looking strong, with no signs of slowing down in 2022.

A future for Cardano (ADA) has been predicted by experts. Their words showcase not just the short term but also a long-term growth trend.

WalletInvestor predicts that today’s investment of $100 in Cardano would be around $718 after six years, that is, in 2027. It sees ADA topping the list as a one-year investment with a capacity to generate high returns.

According to the platform, the price for Cardano can go as high as $2.80 within the next 12 months.

A prediction by Digitalcoin says that Cardano would rise not just in the current year but also in the next ten years. It expects ADA to touch the mark of $2 in the next two years and $2.83 in the following two years.

Cardano can end the current year at $2.31, as per the prediction of Gov Capital. It also states that ADA can also touch the mark of $2.65.

In the coming five years, the value of ADA could be as high as $8.66 or $9.96, provided it ends 2024 at $6.13.You can get more details here about the future price of ADA to plan your investments accordingly.