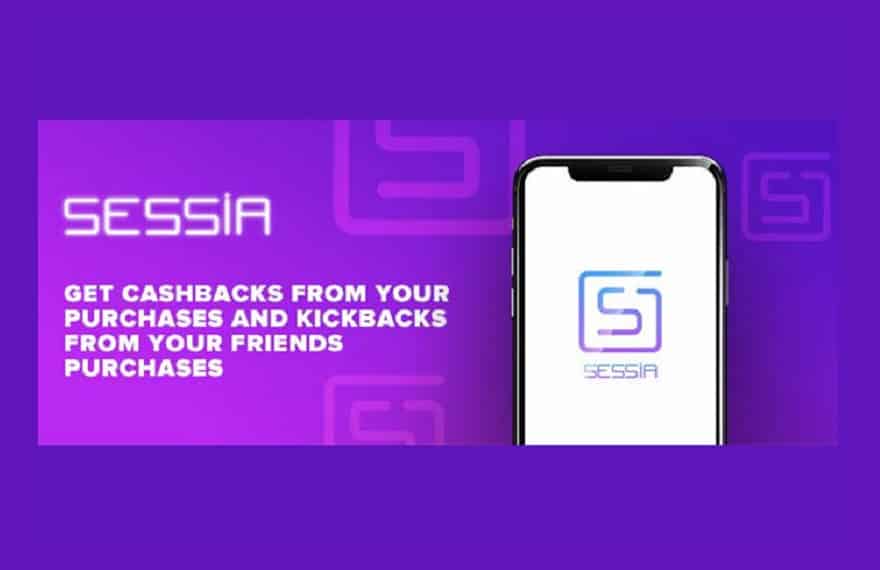 New York-based Sessia, a unique platform that combines an online marketplace with social media, has announced that they are offering business effective solutions to enhance customer engagement and retention. Sessia provides companies an efficient cashback system using blockchain technology, in which customers get rewards for their friends’ purchases based on the recommendations that are automatically published in their Sessia app’s Feed.

As noted in the company’s website, mobile users can download Sessia on the App Store as well as the Google Play store for free. It is a social marketplace in which companies, brands, and stores can develop and utilize effective marketing tools to encourage customer activity and loyalty. In the Sessia ecosystem, users are rewarded not only for purchasing goods and services in the app, but also for their recommendations, which are automatically published in the feed after each transaction. Sessia utilizes its own form of virtual currency, called “Kicks,” which can either be exchanged for real money or used to purchase goods and services from over 250 merchants within the app. Moreover, Sessia is currently being traded on two of the most popular cryptocurrency exchanges in the market—namely, Bitforex and Coineal.

“We are convinced that Sessia will soon play a major role in bringing cryptocurrency closer to the traditional market because, unlike many emerging digital coins, Sessia Kicks are true utility tokens. Not only do they allow users to award cashbacks anywhere in the world, they also let users pay for Sessia purchases, withdraw money from their wallet in fiat currencies, and even transfer them to friends and other Sessia users,” says Narek Sirakanyan, Founder and President of Sessia. Besides ensuring privacy, transparency, integrity, and effective management with each transaction, Narek Sirakanyan asserts that they are committed to develop Sessia into a global brand and increase the capitalization of Kicks as a form of cryptocurrency.

The sentiment of this projection is echoed by business owners, who use the Sessia business on the blockchain environment. Rawmantic, a chocolate company in Palm Beach in Florida has been using Sessia for months.

“Sessia is really something special,” states Rawmantic owner Kasia. He further added, “We’ve been able to offer our users a 10% discount on first-person purchases while offering people they are connected with a 5% discount.”

Interested parties who want to learn more about how the platform works, may connect with Sessia through their official Facebook page.

“With Sessia, the Feed helps connect your friends and followers to new brands through both your purchases and comments on a specific transaction. This means if a friend of yours buys a product or service through your post, both of you will get rewards in the form of cashbacks and kickbacks.”

He also mentions that rewards are awarded instantly and can be withdrawn anywhere in the world, with practically no commission.

On the other hand, Sessia is also designed to help businesses create and manage their mobile e-store in as fast as 10 minutes. Since the Sessia ecosystem runs on both iOS and Android, it is easily accessible even for Small and Medium Enterprises (SMEs), who want to establish an online store for free. The Sessia builder allows users to upload product images, enter their descriptions, set a price, configure three levels of cashback/commission, and manage their online shop’s content after its creation. Furthermore, a business can sell products in its Sessia shop using both Kicks and other standard payment methods. In general, the social marketplace has been well received by business owners and users alike.

Sessia is consistently gaining popularity, all thanks to its unique rewards systems for users and efficient marketing tools for businesses. In fact, they currently have more than 150,000 active users who enjoy a lucrative cashback system that is based on blockchain technology, which fully protects personal data and client payments.

“I’ve been using Sessia for six months, and I keep discovering new things in it all the time. For instance, I found out that there is a geo-search option, which helps find a store or a company close to your home. I can read up on company news and promos in the Feed, comment on my friends’ purchases, and communicate with them in a secure chat. I also like the fact that Sessia offers numerous ways to withdraw cashbacks with practically no commissions.”

“Sessia helped us decrease development expenditures as we no longer have any software developers on staff. We’ve transferred our client database to Sessia CRM, which functionally exceeds its rival products. Thanks to the simple and convenient store builder in Sessia, it’s very easy to open up new branches. We now have them in 16 countries.”

More information can be found on the company’s website. Interested parties may also contact Sessia’s New York office to learn more about their business partnership program. Furthermore, businesses and clients may connect with Sessia through their official social media pages to stay up to date with their latest news and important announcements.