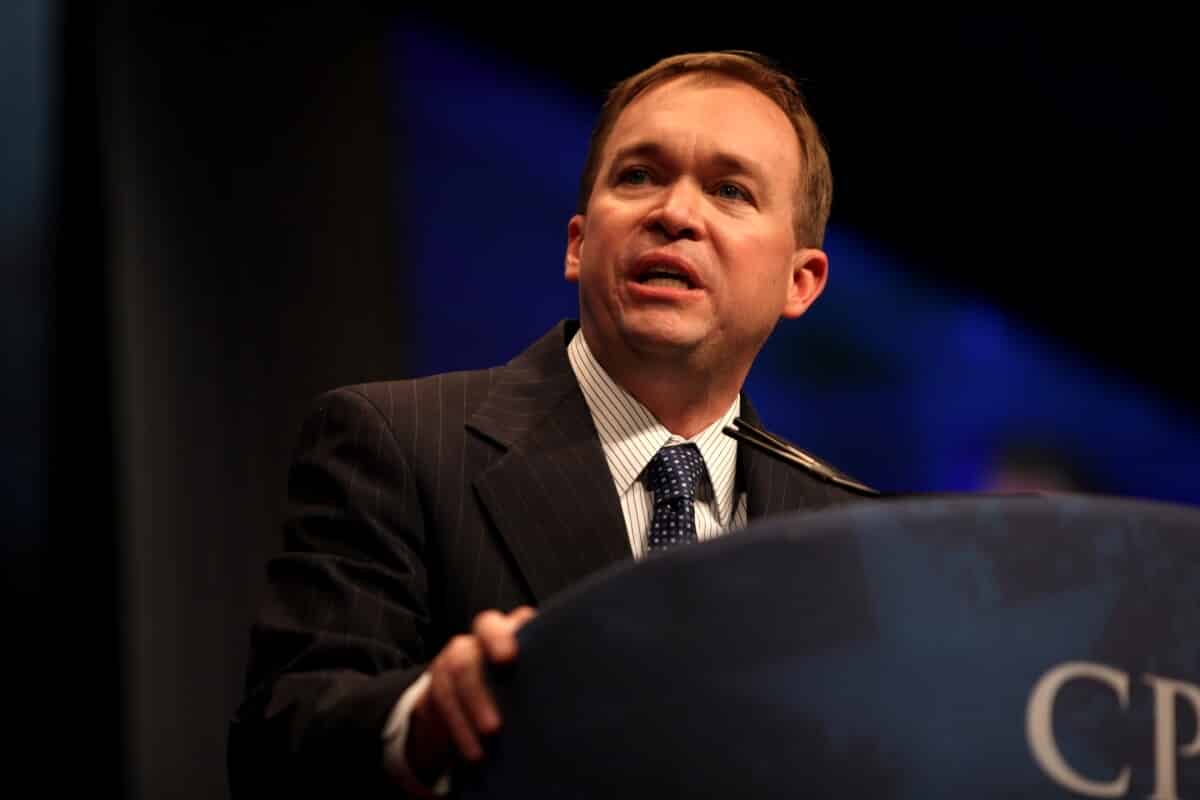 Opinion of New US chief of staff regarding Bitcoin cryptocurrency

Earlier this week, The United States President Donald Trump choose Mick Mulvaney to take-over the position of John F Kelly to serve as the White House Chief of Staff from 2019.

As per the Washington Post columnist Matt O’Brien’s opinion, Mulvaney has been very open in expressing his supporting on Bitcoin (BTC) and in one of his speech praised the decentralized characteristics of Bitcoin that act as a consensus currency.

What will be the bitcoin future?
Having a positive stand by a high profile and an influential official who is knowledgeable and have sufficient experience regarding how to deal with every situation is surely a positive sign for the long term growth of the assets class.

Though the neutral nature of Mulvaney with respect to the cryptocurrency world may affect the Regulators mentality and the U.S. Lawmakers to a certain extent, But, it cannot generate an impact on the short term basis on the blue-print implemented by various authorities such as the U.S. Securities and Exchange Commission (SEC) or the Commodities and Futures Trading Commission (CFTC).

The usage of bitcoin defines the mindset of various persons and due to the presence of huge amount of fraudulent activities in the crypto sector people are scared to use such process. Hence, officials from bitcoin and the crypto world may turn the situation in the opposite direction by motivating other official members to opt for cryptocurrency process, on how to use it, where they need to be careful while dealing with such cryptocurrency, what are the benefits associated with such decentralized process of financial strategy.

As per the research report by the central bank of Finland in the month of September 2017, where an explanation was provided about the strict regulations which was not sufficient enough to regulate and monitor the Blockchain protocols. Such reports revealed and concluded that bitcoin can never be monitored under strict regulations and guidelines issued by a separate entity which include several miners, developers and (node) operators.

As per statement published in paper, “Bitcoin is not regulated. It cannot be regulated. There is no need to regulate it because as a system it is committed to the protocol as is and the transaction fees it charges the users are determined by the users independently of the miners’ efforts. Bitcoin’s design as an economic system is revolutionary and therefore would merit an economist’s attention and scrutiny even if it had not been functional. Its apparent functionality and usefulness should further encourage economists to study this marvellous structure.”

Further, it may be possible for the central bank of Finland to evaluate the bitcoin structure in a neutral way and to provide various regulatory measures which can be carried out side by side along with the growth and development of an organization. In the present scenario, the security measures are not sufficient enough to meet the requirements of the prevailing guidelines issued by the government bodies. Hence, there is a need to develop a good infrastructure around bitcoin and Ethereum.

Also, in the last few months, the SEC in the US and other regulatory institutions from the global market are just focusing on the information and data available in the Know Your Customer (KYC) policies to monitor and regulate all the related information efficiently so that it doesn’t lead to any fraudulent activity and helps to deliver a safe and secure transaction to the potential investors.