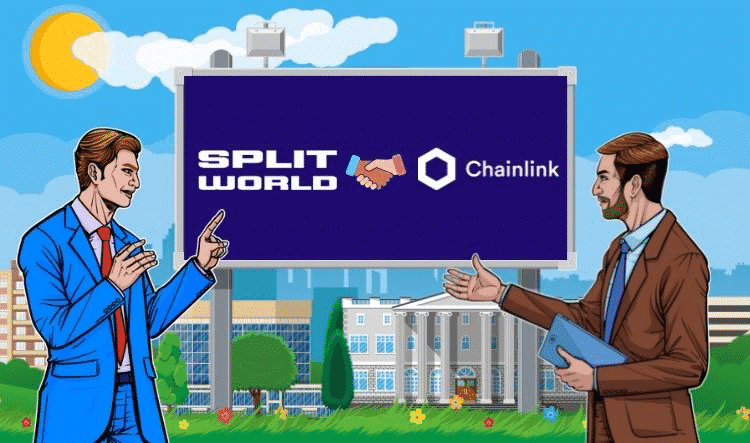 Split World published a blog post to announce that it has taken a step to ensure that the process of distributing giveaways and raffles is completely transparent and fair. The step includes integrating Chainlink Verifiable Random Function, popularly known as Chainlink VRF.

The integration was concluded on the Polygon mainnet of Split World. Through the integration, Split Word has gained access to the source of randomness that is auditable and tamper-proof in nature. Split World’s integration of Chainlink VRF will help Split World provide a better experience to its users.

Such uses of Chainlink highlight the opportunities that the network carries. It widely affects LINK price prediction as more & more platforms in the market express their desire to integrate the solutions that Chainlink offers.

Chainlink has set a standard in the industry with its Oracle services. Chainlink goes the extra mile in building and allowing access to its services that are based on Oracle. The ultimate goal is to power hybrid smart contracts on all the blockchain networks.

As of now, Chainlink secures billions of Dollars for various industries like gaming, insurance, and DeFi. Various global enterprises and leading data providers leverage Chainlink to get the universal gateway to all blockchains.

Split World offers a unique experience to its users, who are able to customize their select non-fungible tokens. The on-chain experience is too amazing for users to even think about switching to another platform.

The goal of the 3D Cardano NFT project is to constantly bring innovation to the NFT ecosystem of Cardano. Split World operators with a futuristic vision of leveraging its high-quality 3D art and innovative utility.

Any question that could have been raised on the system of Split World will never be raised, courtesy of Chainlink VRF, which has offered access to Split World to a variety of features.

The integration was concluded on the Polygon mainnet of Split World. Through this integration, Split World has gained unlimited access to the tamper-proof and auditable source of randomness.

The blog post published by Split World stated that Split World had developed its own smart contract. It requests random values from Chainlink VRF in order to determine the winner. Users, however, first have to select any one number from 1 to 5,000.

Many existing services were reviewed by the team. Members finally went ahead with Chainlink VRF as it offers a time-tested Oracle network that is based on academic research. Furthermore, Chainlink VRF secures its network through the generation and on-chain verification of Cryptographic proofs.

Robert K., a Co-Founder of Split World, stated that Chainlink VRF would help Split World to assure its users of a fair chance of being declared a winner.

Split World, for instance, has already declared that it intends to integrate Chainlink Price Feeds in the near future.