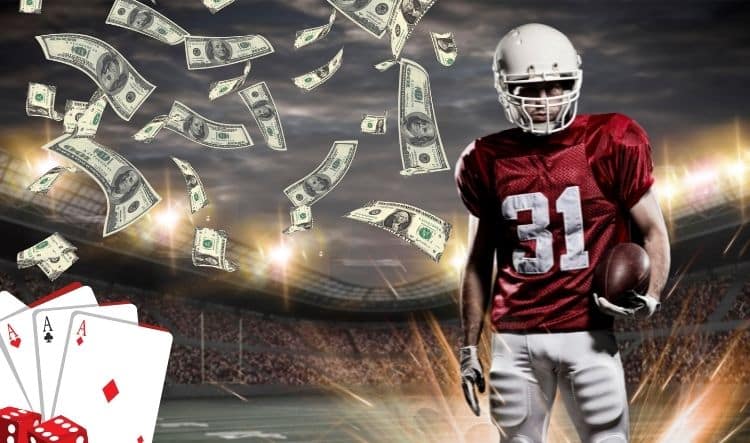 To everyone’s surprise (or not), gambling chipped in big time for the revenue of the NFL this year. Reportedly, the contracts from technology firms and betting platforms have helped bring the sponsorship revenue 12% over its value in 2020. Meanwhile, the well-anticipated sponsorship revenue struggled to put up a 4% hike.  This could have been caused by the League’s policy against cryptocurrency sponsorships. Given the stats, the nearly 2 billion dollars earned through sponsorships make it the highest in all professional sports leagues in the USA.

IN 2021, the NFL received deals from the largest betting and gambling platforms in the country. Apparently, these deals pushed the revenue of the NFL to 1.8 billion dollars last year. This large sum brought the year-over-year sponsorship revenue a 12% growth from the 1.6 billion dollars received in 2020. A look at the sponsorship shows that the league has had exponential growth in revenue in the last few years. Now, this record revenue from 2021 is reportedly due to the interest of betting sites, such as FanDuel, DraftKings, and Caesars, in the NFL. Go now to the linked article learn about which are the best crypto sports betting to bet on and earn huge rewards.

In stark contrast to the previous sponsorships, Verizon, a tech giant, signed a deal with the NFL for annual pay of 300 million dollars. The tech company signed the 10-year deal with the NFL last September and also included 5G rights. The lack of live stream rights makes one question the value of this deal because it also involves the mobile rights of the NFL. However, tech firms still lead 2021 in terms of sponsorship deals despite the increase in betting sponsorships this year.

The NFL still is taking cryptocurrencies with a pinch of salt, so we could not make any significant contribution from the crypto space in 2021. The so-called “sideline model” of the NFL still is examining crypto firms as they consider these arrangements “speculative,” which could backfire on them. Meanwhile, the NBA is making millions through deals from the crypto space. Previously, Coinbase went into a $192 million deal with the NBA. Crypto.com landed a $700 million deal with the Los Angeles Lakers for naming rights. The crypto firms are also approaching players and individuals for endorsements outside the NBA. These deals also give an impetus for emerging crypto gambling.