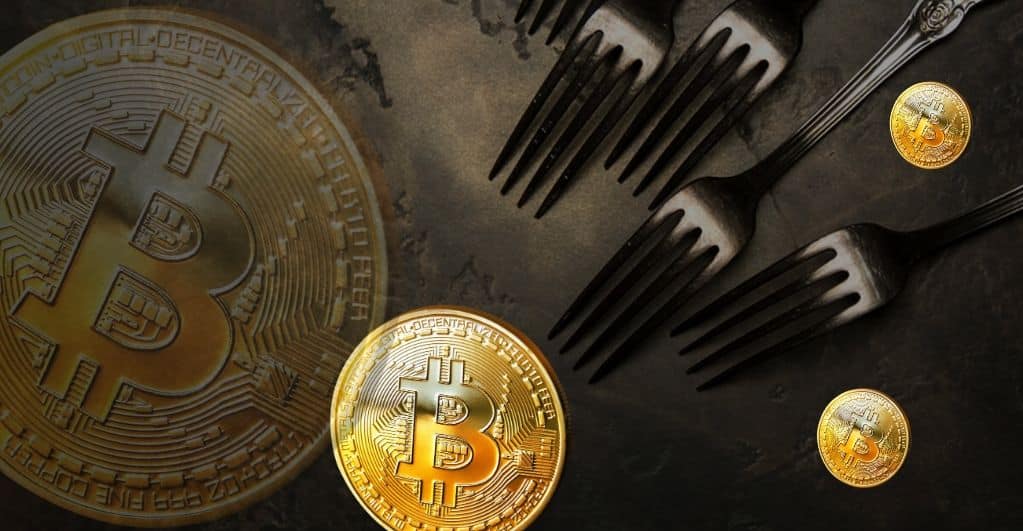 What Are Bitcoin Hard Forks and How Do They Differ From Soft Forks?

A hard fork is a terminology linked with blockchain technology that implies a radical change in the protocol of network, which transforms the blocks and transactions previously invalid to valid ones and vice-versa. It requires all the users or nodes to upgrade with the latest protocol software update. A fork inside a blockchain is capable of occurring in any platform based on crypto-technology, and not just Bitcoin.

How does it occur?

Including a fresh rule for coding in this scenario gives rise to the fork in a blockchain. One of the paths pursues the upgraded blockchain version, while the other one continues with the former path.

Typically, following a brief span of time, the ones on the old chain would understand that their blockchain version is outdated and irrelevant. This will lead to a quick upgrade to the latest version.

In the years when blockchain was first introduced, around 2009, some anonymous cryptocurrency developers allegedly working with Satoshi Nakamoto launched an initial software program that employed bitcoin. There were developments of other cryptocurrencies since the inception of Bitcoin, many of which were underpinning the inherent concept of Satoshi’s program.

Some others made some improvements to this concept and delivered new currencies. In certain cases, there were variations in Bitcoin on the basis of the same concept, but the final version was distinct from the original. In light of these variations, bitcoin has undergone the forking process. This forking divides the blockchain into two separate entities.

The most prominent hard fork was Bitcoin Cash hard fork, which happened in 2017 on August 1st. A number of developers, as well as the miners, have sought an improvement on the network scalability of Bitcoin just so it can become a transactional currency.

They suggested an increase in the block size of the Bitcoin blockchain to enable more transactions to be constituted inside every block. Though certain developers did not agree while refusing to endorse the update, which gave rise to a hard fork, while this fork continued, Bitcoin operated on the older version of the protocol, and a larger block size was created for Bitcoin Cash. In future Bitcoin ERA we might see new hard fork.

This forking is responsible for the rise of a number of other digital currencies that have names linked with bitcoin like Bitcoin gold and Bitcoin Cash, and some others.

To a layman investor of cryptocurrencies, it would be hard to make out the variation between these cryptocurrencies. It would also be difficult for them to map the forks to the timeline.

A hard fork means a permanent deviation from the earlier blockchain version, where nodes that are running on the earlier version stop accepting the transactions that are generated over a new version.

A soft fork, on the other hand, happens while the code gets updated; still, the nodes that run over the earlier versions could approve the fresh blocks. Hence, rather than two different blockchains and an entirely new cryptocurrency creation that happens in a hard fork, fresh blocks are added to the blockchain, which can be sanctioned by previous nodes. Gradually there would be an upgrade of all older nodes, but it is not important though both of these will have the same shared history of blockchain until the fork.

One Reply to “What Are Bitcoin Hard Forks and How Do They Differ From Soft Forks?”

What does Fork Mean? How many types of Forks in are there in Cryptocurrency? What’s the difference between Soft Fork and Hard Fork? If you are also looking answers for all these questions, then you’ve come to the right place.

Each software requires updates to keep them up to date with the changing dynamics and to enhance their offering. In the dictionary of Crypto, it is termed as “forks”. As you have heard already, Soft Fork and Hard Fork are two types of forks. If put in simple words, the only difference between the two forks is that Soft Fork also supports the prior version of the software whereas Hard Fork is a permanent alteration which is not compatible with the earlier version.