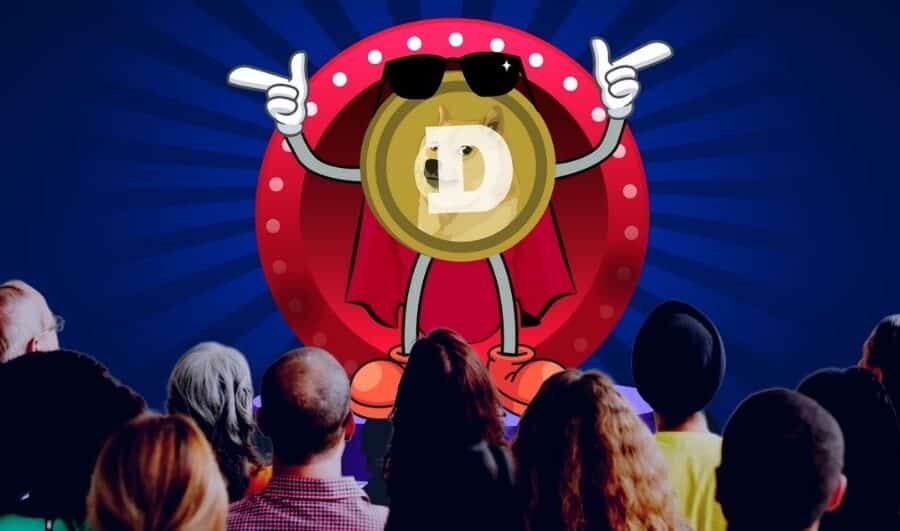 Why Is Dogecoin So Popular?

Dogecoin or DOGE is a meme coin just like GameStock GME is a meme stock. Just as the amateur investors, specifically the WallStreetBets forum users, online turned the fate of GameStock by buying the falling stocks in masses after a pandemic hit. The result was magnanimous. GameStop exceeded $350 and beyond the peak historically, whereas a few weeks before, it was worth only $20. Similarly, Dogecoin has been lifted by its internet popularity, with special efforts from the CEO of Tesla, Elon Musk, who calls it his “Fave Coin”. He has sent many tweets that have inspired online users on Reddit to support equaling DOGE to 1USD.

A Short Intro to Dogecoin

Dogecoin initially began its journey as a joke cryptocurrency. The Shiba Inu dog represented the icon with a constantly surprised look; today stands to surprise people with a price of $0.05895. The C++ programming language compiled Dogecoin has a Litecoin fork and no cap on its minting and outdoes Bitcoin that stops at 21 million. Jackson Palmer from Sydney, Australia, a project manager with Adobe, created Dogecoin in 2013 with Billy Markus, the IBM software developer. Palmer wanted to create a fun cryptocurrency that would outdo Bitcoin. It is known for its fund-raising activities globally. It is being used as a tipping service online on Twitter and Reddit to recognize good content postings. Dogecoin was launched on 8 December 2013 and used a scrypt hashing algorithm.

Can We Say It as the Next Bitcoin?

Dogecoin seems to be similar to Bitcoin, enabling peer-to-peer transactions over a decentralized network, but they work differently in the crypto world. DOGE has no limit to its minting, whereas the cap on Bitcoin lies at 21 million. There are already 10,000 Dogecoins in circulation today.

Dogecoin is an inflationary coin, and Bitcoin, deflationary due to a ceiling on its production. Also, after a period of four years, the release of Bitcoin mining is halved, along with the number of coins given in rewards in its mining that is contributing to its deflationary aspect. Dogecoin allows merge mining which allows one to mine Litecoin along with DOGE simultaneously. Dogecoin outdoes Bitcoin in its Transaction processing speed, taking one minute for its block time as opposed to ten minutes of Bitcoin block. DOGE by make is not another Bitcoin, and nor is it a Bitcoin in its performance. In its increasing value, as per Elon Musk in Coindesk, Dogecoin has gone beyond Bitcoin with a market value of $700 billion to become the most popular cryptocurrency on Twitter.

The value of DOGE soared between 2017 and 2018, along with other altcoins, reaching the heights of $0.018 in its trade value and crossing the USD Two billion market cap. It witnessed another surge in 2019, when Tesla’s CEO, Elon Musk, began to promote it on Reddit and Twitter. Other celebrities like Snoop Dogg, the American rapper, and Gene Simmons joined him to promote DOGE, and the meme crypto went up more than 55%.

Doge started at $0.056, rose to $0.0872, and finally settled at $0.084, placing itself at an all-time high at 55%. Elon uploaded a self-image of Lion King. He held Simons up in the air, who held Dogg, and Dogg, in turn, held Shiba Inu. Elon added the kiss rocker Simon as in the meme who posted the tweet of him being the God of DOGE. It ranked the coin on the seventh spot, surpassing chainlink that stood eleventh, Litecoin ranked ninth, and BNB stood to affirm at the eighth. Doge’s market value went up to $10.8 billion, rising to 9%.

Is Dogecoin Underestimated? What Will Be Its Future?

As per Elon Musk, the maker of DOGE, “Doge is underestimated.” The coin has risen due to the attention of billionaires. Dogecoin’s price shines beyond 600% since the end of January and as per our Dogecoin price forecast, the currency might reflect significant growth over the next few months. Its developers have returned and want to update the software of the meme coin.