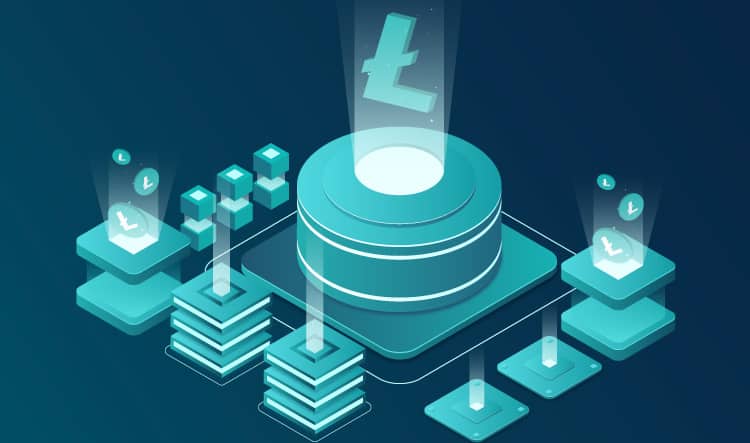 Why Was Litecoin Invented?

We live in the era of Cryptocurrency, where users or investors have a good number of choices to choose from. Bitcoin is the major cryptocoin or digital asset having a solid market cap. To beat and match up with the market of Bitcoin, Litecoin has been introduced, and it’s been a decade that this digital asset is growing a market cap.

Introduced by Charlie Lee, Litecoin, a peer-to-peer cryptocoin, came into the market in 2011. The development and design have similarities with the ever-growing Bitcoin and is also based on the source code of the original Bitcoin.

The intention behind introducing Litecoin was to be used for less expensive transactions along with being efficient in everyday life. Bitcoin, on the other hand, was primarily utilized as a long-term store of value. The market cap of Litecoin is substantially higher than that of bitcoin; also, the process of mining is pretty far. This implies transactions are quicker and less expensive; however, they are often smaller in size.

Litecoin, similar to bitcoin, is a digital currency. Litecoin is a Cryptocurrency that uses Blockchain technology to let consumers and companies send money directly to each other. This guarantees the recording of transactions in a public ledger, allowing the currency to run a decentralized payment system that is free of government control or censorship.

Right from its launch in 2011, Litecoin witnessed exponential growth. In the year 2017, when there was a huge boom for crypto and the market cap was around 3600%, Litecoin’s price rose to 8200%. In fact, Litecoin saw a major growth over the years compared to Bitcoin and other cryptocoin.

How does Litecoin work, and what Technology is behind it?

Litecoin is a digital currency created and transferred using an open-source cryptographic system. It makes use of Blockchain technology to keep track of all transactions in a decentralized, public ledger.

Litecoin differs from Bitcoin in two ways: it seeks to ensure quick transactions and a completely different algorithm for the mining purpose. The original goal of Litecoin’s mining algorithm was to reduce the mining equipment effect. Since then, Litecoin has proved to be a good testing ground before introducing any new features of Cryptocurrency.

One of the significant benefits of Litecoin is the faster speed of transactions. Compared to Bitcoin, the transaction time in Litecoin is four times faster, i.e., 2 minutes, than Bitcoin, which takes 10 minutes. Furthermore, Bitcoin can produce around 21 million coins, but Litecoin has about 84 million coins. When it comes to mining, Litecoin has the Scrypt Algorithm and is designed to become ASIC-Resistant, helping users get proper access.

Is Litecoin Worth the Investment?

Looking at the current growing market cap of Litecoin, Investing in this digital currency is quite a good decision. With a faster transaction process and crypto network, the utility for the end-user is also great. Moreover, the Litecoin tokens have been near double-up for investors since the year began. By the end of 2021, it was estimated that more than 3000 merchants accepted Litecoin for payment purposes. Giants like Walmart accepted Litecoin for payment purposes.

Similarly, the Digital Coin Price predicts that the market price of Litecoin in 2022 was $245.9, which is pretty good to invest in.

One of the features Litecoin has is handling substantial transaction volumes. Litecoin comes with features like Frequent Block Generations, Lightening, and Segregated Witnesses. It is perfect for customers looking for instant confirmations, along with low transaction fees. Then there is mining for algorithm purposes. Called Scrypt, it allows determining the process of mining coins. Using Scrypt can enable you to mine without much worry, compared to third parties.

Litecoin is an excellent investment for those not so keen or trust Bitcoin. The market cap is quite good, and there is a positive sign of better investment.