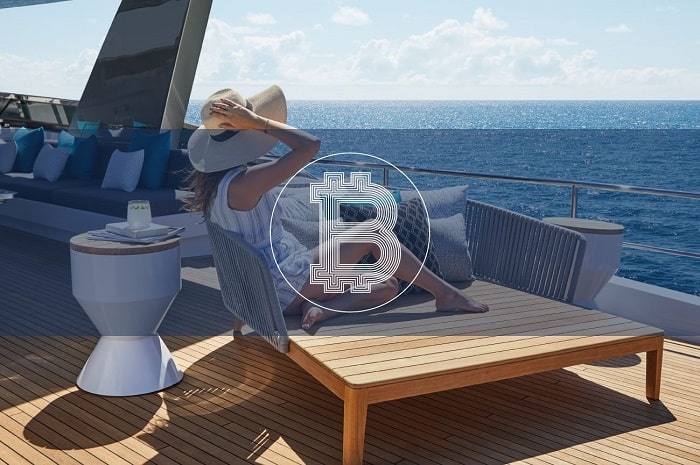 The Yacht industry has long been considered a province of extremely rich and affluent people. It is simply out of bounds for the middle-class, and even the crypto millionaires find it difficult to chart a yacht. Despite this, the yacht industry is facing a tough time. Not because there is a decrease in the wealth of its super-rich customer base, neither there are issues on the supply side. Instead, the industry is declining due to the apathy of charter agents who are leaving the ultra-luxurious industry and its super-affluent customers behind.

Effects of Agents Exit
The result of agents’ exit is imminent, and the statistics show that in the last decade, yachts have witnessed a decrease in the average number of weeks customer charts a yacht. The supply of the yachts is increasing, but unfortunately, demand is not picking up. As a result, most of the yachts remain idle for many months – approximately for 60 to 80% time of the year.

One of the primary reasons for the decline in demand is the long-built perception among the affluent customers that vacationing on a superyacht is a complex process involving high cost, complicated processes, and arduous efforts. Traditional brokers perpetuated and encouraged this thinking in the interest of their business and profitability. On top of it, the inefficient business practices in the Yacht industry which usually result in an incredibly high price with little information and price break-up detail further is ruining its prospects further.

Currency Issues and Conversion
However, the biggest impediment for the yacht industry is related to the conversion of currency, bank charges, and time delay occurring because of the multiple payments channels involved in the transaction process. This makes all the industry stakeholders suffer including the yacht owners, captain, and crew, yacht managers, suppliers, etc. The last two decades have witnessed a sea level of change in the demographics and lifestyle of the customers which, in turn, has enhanced the importance of “experience” contrary to the Yacht’s industry focus on asset ownership. The shift towards experience theme is also fueled by growing middle-class influence in the countries like China and India, burgeoning social media community, and an unprecedented rise in sharing platforms like Airbnb, Uber, etc.

Shifting Gears
Amidst this changing dynamic, some of the companies in the industry have already started changing their strategies to signal a shift from their traditional luxury theme to now value theme. Take, for example, the case of OceanScape Yachts. The company has started using the blockchain technology for streamlining the process involved in charting its yacht. This is expected to open new avenues of growth by allowing easy, quick, and seamless process experience for customers. Harnessing the power of blockchain’s open ledger technology, OceanScape Yacht is making the whole charting process transparent and open to all the stakeholders involved in the process. Besides, the company has also released OceanScape coin which consists of two different parts – ERC20 token and OSCA coin. While the former (also called OSY and tied to USD) is used for purchasing and charting of company’s yachts with any kind of cryptocurrency, the latter functions as a digital asset and can be converted to OSY. The companies using Ethereum blockchain Technology for the functioning of its OceanScape coin and believe that it will result in cost saving while streamlining the process efficiency of the organization.

What’s more, the company is incentivizing the customers for using its coin by offering average savings of 15% on yacht vacations. This comes out to be more than $8,000 concession on a yacht trip with yacht measuring up to 40-meter. The strategy will allow the company to widen its customer base by including more segments within the largely affluent and high-worth category.

Boatsters initiative
Another company called Boatsters is using its own blockchain and custom wallet solution for improving the market prospects. The company’s proprietary blockchain uses an algorithm called proof of market and allows the customers to charter a yacht using any of the 50 available cryptocurrencies. Boatsters has a portfolio of more than 12,000 boats across the globe, and it has seen demand outstripping the supply of late. Although the full potential of blockchain is yet to be manifested, still the cases cited above surely provide a glimpse of the bright future the yacht industry can achieve by adopting this open ledger Technology. We won’t be surprised if 3 to 5 years down the line a part of the transactions in the yacht industry will be carried over the internet through cryptocurrencies. That scenario will also allow the influx of a wider variety of customer from across the segments and demographics, thereby enhancing the business sustainability of Yacht industry.